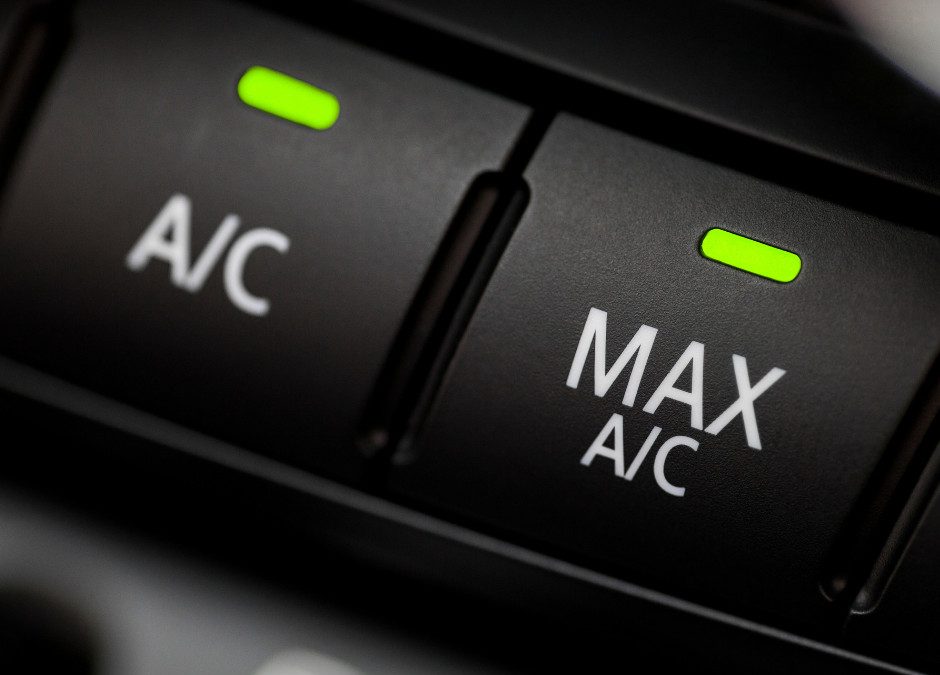 While we’re enjoying the heat of summer, it becomes miserable if your car’s A/C isn’t working properly. Here are some commonly asked questions about issues with the air conditioning system:

Why does the A/C smell bad?

Your car’s air conditioning shouldn’t have a smell to it. There are a few different types of smells, but none of them are good. Sweet smells are a sign that there’s an antifreeze leak, while a musty, mildew smell signals that there’s mold somewhere in the system. The A/C can also smell like something is burning, which could be from a number of problems, so you’ll need an auto technician to carefully inspect out the system.

Why isn’t any air coming out?

There are a few reasons as to why no air is coming out of your vents at all: there could be a broken hose or a blown fuse, the blower motor may be damaged, or the air intake is clogged. The latter means that the system isn’t taking that air from the outside and pushing it into the vehicle, which is how the air conditioning and heating works.

Why are the vents blowing warm air?

Over the years, your car’s air conditioning system will become worn down and less effective. When you turn on the A/C and feel warm air rather than cold air coming out, there are a few possibilities as to what the problem could be. The issue could lie with your condenser, the compressor, the electrical system, or having low refrigerant.

What can I do to maintain my A/C system?

If you don’t drive your car very often, make sure to run the air conditioning for a few minutes each month. This keeps the compressor in good shape, as it may fail if it hasn’t been used for a while. You don’t need to turn on the A/C during the winter, however, as the defrost feature actually engages the air conditioning system. In addition, if the air is still cold but not as cold as it normally is, bring your car in for an inspection to catch the issue early on.

Sometimes, all we need to do to get your A/C back up and running is to recharge the system. When you bring your vehicle to Auto Works, we’ll thoroughly inspect the system and diagnose the problem. We can help you with all of your car’s air conditioning needs!